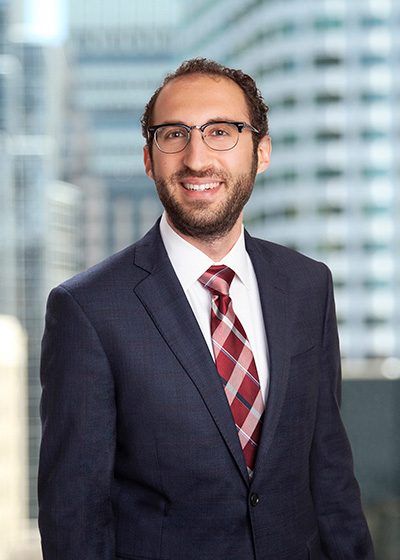 Daniel Sack draws on his experience as a judicial law clerk as he represents businesses and individuals in a variety of disputes and investigations, both civil and criminal in nature.

Before joining Donnelly, Conroy & Gelhaar, LLP, Daniel served as a judicial law clerk to the Honorable Jon D. Levy of the United States District Court for the District of Maine and then to the Honorable Juan R. Torruella and the Honorable William J. Kayatta, Jr., of the United States Court of Appeals for the First Circuit. Prior to clerking, Daniel worked as an associate at Winston & Strawn LLP in New York, where he focused on complex commercial litigation, and in 2018, received the Legal Aid Society’s Pro Bono Publico Award. He brings the skills he developed as a law clerk on the trial and appellate courts and as an associate to each of his cases.

Daniel graduated from Columbia Law School, where he was recognized for outstanding academic achievement as a James Kent Scholar. During law school, he was an Articles Editor on the Columbia Journal of Law & the Arts and a winner of the Columbia Journal of Law & Social Problems’ E. Allan Farnsworth Note Competition. Daniel is admitted to practice in the Commonwealth of Massachusetts and the State of New York.