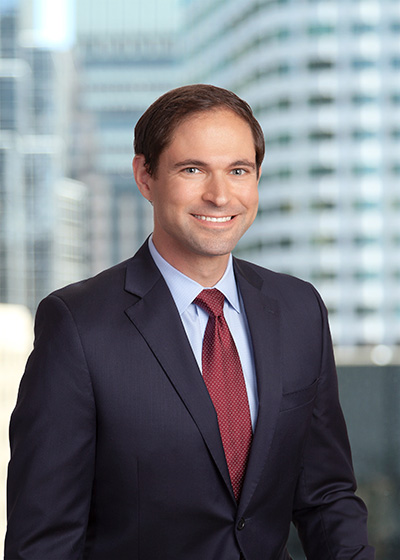 Nate is a trial lawyer with experience in a wide range of complex commercial litigation matters, including the representation of parties in contract, tort, real estate, trust and insolvency-related disputes in state and federal court. His background in business litigation and bankruptcy law enables him to provide clients with strategic advice and to resolve commercial disputes efficiently and in the client's best interest.

Nate has significant trial experience in both state and federal court, including as first chair and second chair in trials in Massachusetts and New Hampshire courts. Nate has successfully argued motions to dismiss and motions for summary judgment in state and federal courts. Through his partnership with the Victim Rights Law Center, Nate regularly represents victims of domestic violence and has helped them obtain several 209A restraining orders / 258E harassment prevention orders, including a lifetime order. Nate has also argued before the United States Court of Appeals for the Second Circuit.

Prior to joining Donnelly, Conroy & Gelhaar, Nate was a senior litigation associate at Sullivan & Worcester LLP in Boston, where in addition to his broad litigation practice, Nate prosecuted and defended hundreds of Bankruptcy Court adversary proceedings concerning preferential transfers and fraudulent conveyances, successfully resolving these matters through mediation or otherwise.

Nate has been honored as a Massachusetts Super Lawyer “Rising Star” (2022) and as “One to Watch” by Best Lawyers in America® (2021-2023). Nate was also a recipient of the 2021 Pro Bono Honor Roll by the U.S. Bankruptcy Court for the District of Massachusetts.