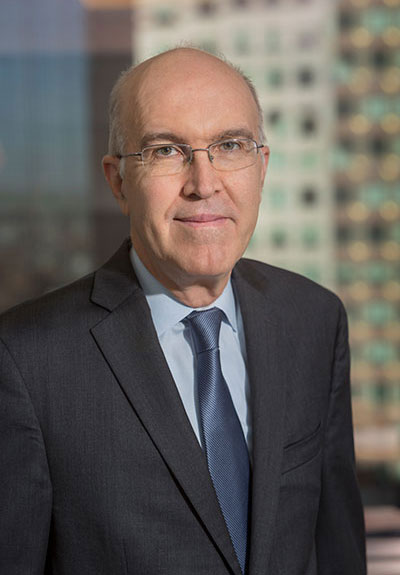 Over more than three decades, Christopher Donnelly has earned respect as an effective advocate for businesses and individuals wrestling with complex, high stakes disputes. Chris offers the depth and preparedness of an experienced trial lawyer, combined with practical and common-sense business thinking earned resolving hundreds of disputes inside and outside the courtroom.

Chris handles disputes spanning a diverse range of issues faced by businesses and individuals—claims involving intellectual property, breach of contract, mergers and acquisitions, corporate control and governance, breach of fiduciary duty, employment, defamation, professional malpractice, and virtually every other commercial controversy. At stake in all of these cases are substantial financial and reputational rewards and risks. In each matter, understanding the client’s goals and then developing a sensible practical plan to accomplish those aims are top priorities.

Chris is a highly experienced trial lawyer with substantial capability navigating a courtroom, having tried dozens of commercial cases spanning hundreds of trial days. He has also successfully ended countless proceedings through summary judgment or other dispositive motions. Equally valued by clients is his success in arbitration and mediation proceedings, delivering positive outcomes without the disruption, expense and time associated with protracted litigation or taking a case to trial.

Chris is a Fellow of the Litigation Counsel of America, the trial lawyer honorary society composed of less than one-half of one percent of American lawyers. He is recognized in the 2021 edition of Best Lawyers in America for his work in Commercial Litigation, Intellectual Property Litigation, Arbitration and Corporate Governance Law. Chambers USA recognized Chris as a leading Massachusetts Commercial Ligitation Practitioner. In addition, Chris is selected annually by his peers as a New England and Massachusetts Super Lawyer in Business Litigation.